Because the current RPG is once again picking up steam, I've decided to make this thread as a sort of gateway for anyone who wants to read back through, make a new character, or do some research. I will continually post the links whenever a new thread relating to this universe is created (i.e. when we hit 1000 posts on a thread, if someone makes an OC story, etc), and, as always, feel free to let me know if I've missed anything!

Application Thread: https://creativitycenter.forumotion.com/t843-fairy-tail-application-thread
We're always accepting new users and characters in this RPG! Expert at Fairy Tail? You'll feel right at home! Haven't even heard of it before? We'll help you learn more and more about this awesome series and be sure to include you in the fun!


Fairy Tail Part 1: https://creativitycenter.forumotion.com/t846-fairy-tail
This is the first part of the ongoing RPG! In this, the wizards of Fairy Tail go on a round of jobs before participating (or enjoying) the annual Miss Fairy Tail Competition! A surprise twist leads the lot to beginning the first major arc towards the end of the thread!


Fairy Tail Part 2: https://creativitycenter.forumotion.com/t850-fairy-tail
This is the second part of the RPG! It features the majority of the first major arc (The Lumen War) and most of the annual S-Class Wizard Competition! It ends in a cliffhanger as to who the next S-Class Wizard of Fairy Tail will be!


Fairy Tail Part 3: https://creativitycenter.forumotion.com/t943-fairy-tail
This is the third part of the RPG! The S-Class Tournament is completed and the wizards of Fairy Tail travel beneath the waves to the city of Atlantis! After solving the mystery of the subaquatic city, Fairy Tail enters and begins to compete in this year's Grand Magic Games!


Fairy Tail Part 5: https://creativitycenter.forumotion.com/t1071-fairy-tail
This is the fifth part of the RPG! The Grand Magic Games are in its final two days and a nefarious plot has been discovered! With the help of Team OPNMK, Fairy Tail Team A (the victors of the Grand Magic Games of X784) were able to take down the dark guild! After a brief time at the beach, the members of Fairy Tail went on side arcs before Mira Dreadnot was apprehended by the Rune Knights and held for mass murder. Fairy Tail was disbanded.

Fairy Tail Wikia: http://ft-awakening.wikia.com/wiki/Fairy_Tail_RPG_-_Awakening_Wikia
Lyssy-Chan ever so graciously created this wikia to host all of the information about characters, arcs, and anything else that we can think to add about this RPG/Universe! OC pages are devoted to anything and everything about a character, so if you have a character, feel free to add every little detail you can think of!


Fairy Tail Fan Thread: https://creativitycenter.forumotion.com/t1221-fairy-tail-fan-thread#118846
This is a thread where anything related to FT can be discussed!

Fairy Tail: The Awakening: https://creativitycenter.forumotion.com/t720-fullfairy-tail-the-awakening
This was the RPG that started it all! This story highlights one of the first adventures that Justin Hawthorne, Lukas Spade, and Eva Slater go on as a team! Experience the journeys that they take that strengthen their friendship and help them grow to be better wizards!


Fairy Tail: Remembrance: https://creativitycenter.forumotion.com/t758-fairy-tail-remembrance-full-sgrpg
This is a direct sequel to Awakening that expands on the characters you know from the previous tale as well as introducing new ones! Although unfinished, this RPG took the new team on a perilous journey that rivals that in Awakening.


The Son of Skiadrum: https://creativitycenter.forumotion.com/t888-the-son-of-skiadrum
This is a tale written by Hero of Time about a very prevalent memory in the mind of his OC, Justin Hawthorne.


Legacy: https://creativitycenter.forumotion.com/t1053-legacy
This story takes place after the X784 Grand Magic Games and is told from the point of view of Justin Hawthorne. In it, a good friend of his brings him to a time where he must face the cruel reality of his actions.


Dullahan Application Thread [Full]: https://creativitycenter.forumotion.com/t1058-dullahan-sgrpg-application-thread-full#103145
This is the Application Thread for the SGRPG based around one of the more evil dark guilds in Fiore, Dullahan.


Dullahan: https://creativitycenter.forumotion.com/t1061-dullahan-sgrpg#103921
This is the SGRPG based around the adventures of the dark guild Dullahan and its fearsome Knights of Attrition.


Fairy Tail: Feud: https://creativitycenter.forumotion.com/t1068-fairy-tail-feud
This SGRPG is based around two mini arcs that take place towards the end of the X784 Grand Magic Games. One focuses on Rogh, Aris, and Zephyr and their meeting with Umbra, while the other is based around Nalya and Atlas after they leave Verum Requiem.


By the Firelight: https://creativitycenter.forumotion.com/t1201-by-the-firelight#115834
This short story provides a look into to the journey that Felix and Justin took after Fairy Tail was disbanded.


Aaaand that's all we have for now! Of course, I encourage the writing of branch-off stories for this ever-expanding universe! If you have any ideas, suggestions, or questions about the series, I'm always ready for them! 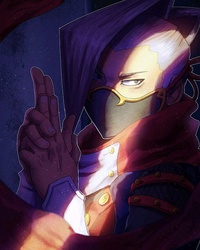 Just so everyone is aware, Ronan and I have decided that, at least while the new semester is getting started, Fairy Tail will only really be progressing on the weekends. We're both relatively busy, so I feel that it's necessary to let you guys know that we aren't in any way giving up on the RPG. Of course, this isn't a hard rule; we still may post if we have less of a workload on a given day... but, especially with such a plot-sensitive part of the RPG like GMG, we feel that we should give more attention to RPing than we are able to during the week.

Because of this, I'd like to encourage you guys to expand this FT universe a bit. As you can see from the OP of this Nexus, all we've really had are a handful of RPGs and a story or two.

If you just can't get enough FT in your life, feel free to write a story about the past/future/whatever of your character(s) and/or their teams... or you could even make a SGRPG based around a team and a side arc! All I ask is that you give me some sort of idea of where the plot will be headed in said SGRPG(s) so that I can make sure that it doesn't interfere with future arcs that I have planned.

With all of that said, I'd just like to thank everyone for making this RPG as great as it has been. So far, we've conquered three arcs and are a decent way into our fourth... but don't think that that means that the RPG will be over anytime soon or that we're closing it.... because we aren't. Ronan and I have several arcs and side arcs loosely planned out and will (hopefully) be tapping into Ace's infinite bank of Fairy Tail wisdom for a massive arc later on (and more into the future, hopefully).

But yeah, on behalf of Ronan and I, thank you for making this RPG one of our favorites. The stories that I have made (and those that Ronan and I have collaborated on) are decent enough, but its you guys who make the magic happen (pun intended).

And just like that, Fairy Tail is over! But fear not, young wizards, because it will soon be back in Fairy Tail: Malevolence (probably later today, honestly)!

If you thought the adventures in the first Fairy Tail were awesome, just you wait! 3 arcs have been planned out so far, with even more competitions (and refinements on old competitions

) that will hopefully make Fairy Tail 2 an even greater time spent in Fiore.

Thank you all so much for sticking with Fairy Tail for... 14 months. You guys have honestly made this my favorite RPG (and most successful) by far, and I just really can't thank you enough.

Because Fairy Tail (the first RPG) acted as a sort of testing ground for ideas (where some worked and some didn't), Fairy Tail: Malevolence looks to be even better than its predecessor. Ronan and I have learned from our mistakes (GMG), and have been encouraged by our triumphs (S-Class), and we hope to make this second go-around even better!

3 years have passed since this crazy world was brought to life in the form of Fairy Tail: The Awakening. Since then, so much has happened... but the stories aren't over yet!

Though we may be busy, I'm going to be making a conscious effort from here on out to make sure that FT stays alive and well. Starting tonight, we'll be jumping back into Fairy Tail: Malevolence and back into the world of Fiore.

I hope you guys are as excited as I am!

As always, if you aren't in FT but are interested in joining, feel free! We are always accepting on new wizards!