Member of the Row?: Nope

Personality: Aster is a kind soul, and wouldn't hurt a fly. She tends to judge others on their appearance which can sometimes lead to people disliking her. She sometimes forgets to apologize but when she does apologize she makes sure not to screw up anymore by being very sincere. Aster is very likeable once you get to know her.

Biography: IG because i'm still learning about the places and stuff lol

Information about weapon: Pretty scythe made of steel!

thank you so much athena!: 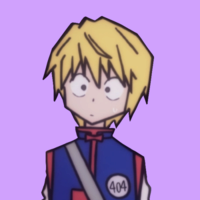 I guess I never made a form for Stratus???

Member of the Row?: lel u funni 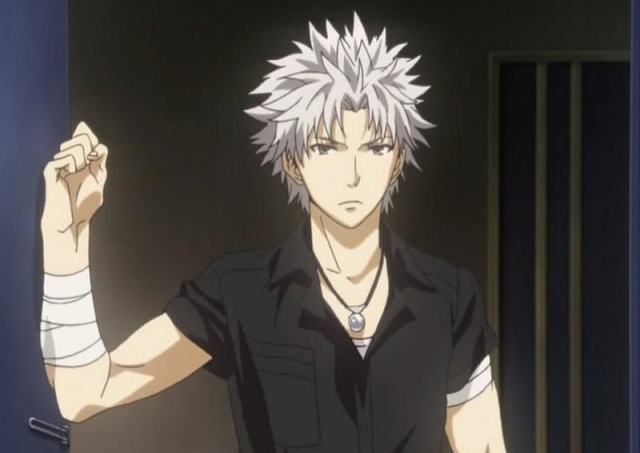 Personality: He's definitely a hang dog. Not a leader. A yes man. Doesn't really have morals, being a necromancer and stuff.

Biography: Stratus comes from a long line of people descended from Followers of Tormos, a small but formidable group during the Clan Wars. His parents were killed in a car accident, leaving a 14 year old Stratus on the streets. A year later, he met Sheath while wandering around N'al Ren, and together the two forged the Allegiance of Tormos.

Other?: Besides the fact that he's a necromancer, no. Also, he disapproves of Sanctumism, as does Sheath, since he believes the dead should stay dead. Big diff between undead and alive. Also, he's Aelexi's bae.

super excited to have you!

idk what he's doing with his fist either.

Personality: Rafael doesn't come off as the leader type - however, he is one of two Cavaliers for the Fa'alwind Regime. Cavaliers are the second highest rank - the other one is Aelexi Godova. Though as young as Rafael looks, he certainly acts 35. He holds the same commanding power as Aelexi does - but without the cruelty or strictness. 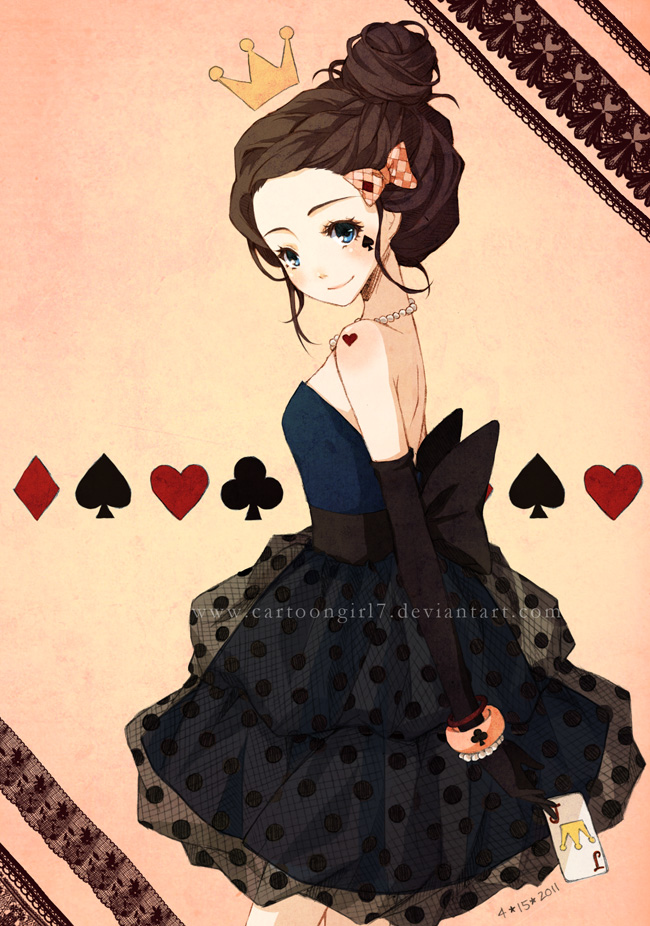 Personality:  Aerith is a caring girl, yet she is also independent and capable of fending for herself in tough situations. Even though she is quite used to luxury due to her wealthy background, she refuses to let anyone think of her as helpless, and maintains a humble and modest demeanor, using her wealth and abilities to help others. Aerith has also developed a tough side and is unafraid to stand up for what she believes in.

Biography: The K’hintor family is known for its wealthy lifestyle and also its connection to the Zenh’aliems; however, unlike the Zenh’aliems, the K’hintors possess a more moral power. Personally, Aerith has expressed the thought of joining the Row, but only to be turned down by her uptight parents. 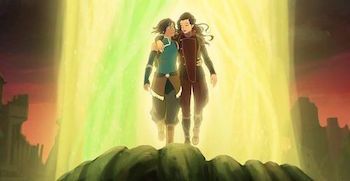 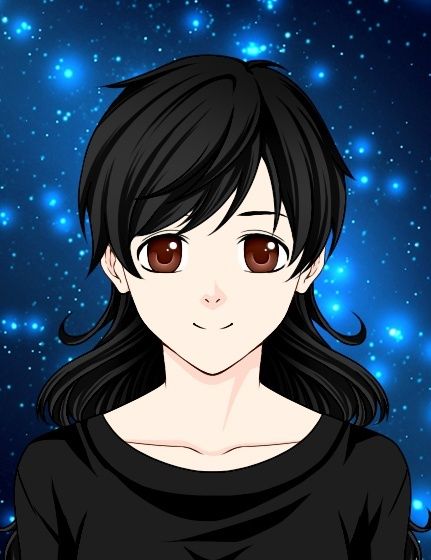 Personality: Natasha is, in a word, damaged. She's seen a lot of tragedy and hardship, so it's true that she may act a little erratically from time to time due to PTSD-like flashbacks. She's paranoid of a lot of things, and she's genuinely afraid of losing control of her abilities and hurting everyone around her.
But underneath that, she's kind. Though soft-spoken and unsure of the world around her, she has a gentle soul, for she has seen a lot of suffering and doesn't want anyone else to suffer as well. She's smart, if a little too serious at times, and would do anything for those she deems a true friend.

Biography: Natasha, sometimes called Tasha for short, was born to Kendra and Landon Reaves, five years after her elder brother Mordecai. She lived happily for the first nine years of her life, until one day Mordecai's ability to harness the wind was discovered, and he accidentally killed both of their parents. Deeming himself unsafe, Mordecai had to force himself to send Natasha away to an adoptive family until it was safe for him to reunite with her.
As it turned out, her adoptive family was incredibly abusive toward her, both verbally and physically. One day, she had enough, and Natasha also awakened a power inside her and discovered that she was the host of the Panther Jun. Terrified of her, her adoptive family sold her to an organization that wanted to harness Jun power for their own gain, and she was held in a secluded compound for years. It wasn't only very recently that she was able to break out, upon finding out that her brother had died. Now, Natasha is about to face the world again, ready or not.

Name of weapon: Oathkeeper and Oathbreaker

Information about weapon: This is what they look like: 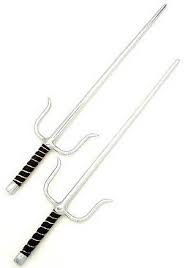 Considering Keiran is finally becoming a part of this sometime later I might as well post this form and get over with it.

Member of the Row?: He will be later on. 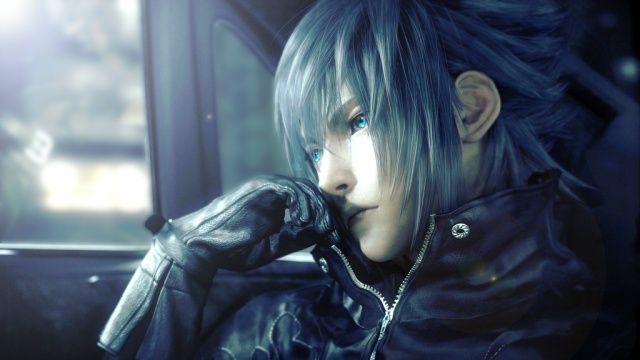 Personality: Keiran has what he likes to call his regular and "shadow" personality. Typically when he's in his normal personality he's calm, collected and laid back. He’s an introvert but not afraid to socialize and interact with others if he needs to. He is also quite caring to those he feels close to, however he lacks a lot of empathy and struggles with feelings and words.
When Keiran is in his "shadow" personality though he's a whole new person. He becomes cold, dark, heartless, and completely psychotic. He thinks about nothing besides murder and craves power, any sort of power. He will kill both enemies and friends in a heartbeat. Keiran will also try to purposefully ruin someone's life just for the hell of it. When he's like this there is no stopping him, or at least if there is he hasn't found it. He also knows what he's doing but cannot control himself.
Keiran is also very mysterious person who doesn't like to give his background away, mostly because he doesn't remember much of it. Though, on top of all (despite being in either personality) he can be a manipulative person when he needs to get his way.

Biography: I don’t want to give most of it away but this is as much as I can give:
Keiran can only remember from when he woke up completely unharmed in the middle of an alleyway in Ald Ruhn with only the memory of who and what he was. For months he wandered around, confused and trying to figure out what had happened to him. At this time Keiran had to steal from others so he could make a living and with that he found out his ability to take away people's memories for short amounts of time; not their whole memory though, just fragments so he could make his escape with a pocketful of cash.
Just as he began using his new found power he also began having strange nightmares that seemed oddly too realistic. They were spread out at first, but then became more consistent, each one involving him murdering a poor soul without any ability to stop himself. At first, this didn't mean much to him. That was until he saw some of his victims appearing on the news about how they were murdered the same way he had seen himself do in his nightmares. Quickly after that he found out those were not dreams and he was actually being controlled by his "other self" or, demon self.

Time skipping to a more present history, when Caroline struggled to find a way of supporting herself he offered to help her. As she accepted and she moved in with him he realized something, the more he spent around her the less he felt his other side trying to take over. And so, he tried to keep himself as close to her as possible, hinting a romantic feeling for her. Yet, she seemed to refuse to return the feelings back.

Once she left things didn’t get much better.

Other?: He’s a demon, when he’s controlled by his “demon self” his eyes turn gold.