The Demigod Chronicles: The Requiem of Chaos

The Demigod Chronicles: The Requiem of Chaos

A Sneak Peek at
The Demigod Chronicles: The Requiem of Chaos
(c'mon, I gotta make this final first chapter as good as possible.)
Things seem to be looking good for the group of demigods and their new friends. All four camps have been united, Orian is now revived and back in full power, and it seems they may have a fighting chance against Chaos.

But important questions are left unanswered. Who is the third Chaotic child? Will the Romans forgive the group for destroying much of their war supplies? And, worst of all - who will be the one to die, as foreseen by Chaos himself? After all, 13 is an unlucky number, and 3 is even more sacred.

Not only that - a previous prophecy seems to have gone off track, something that has never happened, and should never happen. And with the Mist destabilizing even further, the four groups find themselves with a new problem - Chaos' havoc-wreaking is accelerating at an unsafe rate. With only a limited time to stop Chaos, the 13 heroes will soon find that even their best qualities can destroy them - and sometimes, hoping is not enough.
_________________
MAXXXXXXX | beeple

Haven't gotten to read any of this yet, but I will start now! 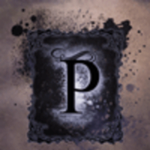 Sure, he (or more precisely, Lana) brought all four groups together, socially and literally - the Greek, Norse, and Egyptian heroes got along swimmingly. It was the Romans Omar was most concerned about. Their strict rules and intolerance to people such as - well, such as him and his friends - made diplomacy a real struggle.

The morning meeting wasn't any different. The first praetor of Camp Jupiter, Mark Hermann, had to be pulled out by security after he flew across the table when Elia "gave him a funny look." Knowing Elia, this was probably true, but was still very uncalled for. On Mark's behalf, of course.

The second praetor, Tanya Marcowski, was a little more peaceful. "Listen, I don't want this hanging over our heads any more than you all do. But us Romans have had years of tradition and rule. And as it technically was a Greek that set the bomb off in the first place," Tanya looked at Lana as she bowed her head. "However accidental it was, it can't go overlooked. We'll figure something out. A compromise."

A compromise. Like how the Romans compromised by disowning their brethren. Omar would never do that. Any help was appreciated, and transgressions merely overlooked, as long as it didn't weaken the situation. The Greeks weren't too much better. Sure, they had warmed up to Lana now, but that didn't seem to make up for their bullying and taunting over the years. The only group that ticked off Omar the least was Camp Odin, but not by much. Granted, they had lived in secrecy, hopping along the Aleutian Islands since the United States bought Alaska from Russia. In that regards, it made sense that they were hesitant, shy, and even a little nervous - perhaps fearing retaliation for the barbarism the Norse were known for in the past. Indeed, the other groups cast wary, suspecting eyes at them as they traveled back and forth with supplies. And even Omar has felt a flutter of nervousness.

But they were being too irrational. The Norse made excellent weapons. The Greeks proved themselves worthy in stealth and reconnaisance. The Romans had Athena-level battle strategies. And Omar and the Egyptians had powerful magic.

That's enough to take on a primordial entity composed of nothing and capable of doing anything, right?

It was 11:00. The meeting had lasted exactly an hour. It was supposed to go on for two. But with Mark's outburst, the allies all agreed to cut it short.

"Hey Omar," Kat called over to him as they exited the meeting tent Victoria had set up. She rushed over to him, and he smiled. Despite being able to fling lightning, Kat seemed to be the least abnormal. Her mouse brown hair was braided down her back, and she dressed into a red shirt and blue jeans after her old attire was caked in sand and dust.

"Hey Kat. How've you been?" Omar asked, and immediately regretted the decision. Of course, she'd be terrible. She just met her half-sister - the one who decided to banish her in the first place.

But Kat smiled. "Been better. Tanya just told me that she was the one who wanted to banish me. Everyone else wanted to... yeah," she stared at the flowing river to the right of Camp Half-Blood.

"That reminds me, Kat. Did anyone inform you of where we are?" Omar inquired. The daughter of Jupiter shook her head. "No. And now that you mention it, I would like to know. Did you notice that none of New Rome was displaced - just the camp itself? That goes for Camp Odin too."

Omar shifted his feet. "That's because the Fantasia Spell was designed for those special places to be in this special place. It was written ages ago - somewhere in the 16th Century. At least that's what Alexander says. The person who designed it was a French apothecary, a Legacy of 3 gods."

Kat widened her eyes. "Three gods? That's freaking incredible. Why haven't I heard of this guy?"

Omar grimaced. "You may have heard of him, but let's just say at the time, the Catholic Church didn't want to hear about his prophecies, and he had to keep himself under wraps. At any rate, it's said that Nostradamus was a Legacy of - get this - Apollo, Freya, and Fantasia. A few theorized that he had the blood of the pharaohs as well, but there's no evidence to prove so." At that, Kat gaped. "I was always told that Legacies were strictly Roman."

Omar crossed his arms. "Well, that doesn't make sense to me. Who says Greeks, or even Norse can't live long enough to have children?" Kat nodded. "I never said I agreed. But if he is so powerful, why didn't he, you know, kick butt?"

"Well, Kat, that's because prophecy was the only gift he had. But the scroll Lana had read - that was one of Nostradamus' lost quatrains. Only a demigod or descendant of a pharaoh could read it. And the fact that it fused all four camps together means he may have had more than just prophecy on his side. But I've rattled on way too much. Nostradamus saw all four of our camps converging in one spot - a midway point in Western civilization."

For a few moments, Kat tried to calculate what that would be. "Somewhere in the Midwest, right?" Omar nodded, pointing to the river. "That right there is the Missouri River. During Expansion, it was used largely for trade and commerce. Many cities around here were a sort-of rest stop for travelers in the 1800's. Currently, we are at the intersection of Missouri, Iowa, and Nebraska."

Kat raised an eyebrow. "Hey, how do you know so much stuff? No offense, but you don't look, or even sound like you're American." Omar shrugged nonchalantly. "I'm from Dubai, I'll admit. It was Alexander who told me this stuff. Apparently he knows a lot about the expansion of empires. I have no idea about any other event in the 19th century... Oh, but I do know when the US Constitution was ratified!" They laughed, and for once Omar felt at ease, as if his troubles were being drowned out. Or even giggled away.

They only stopped when a thousand shouts and screams broke the tranquility of the countryside.
_________________
MAXXXXXXX | beeple

Well this can't be good... And they wanted to execute then for stealing coffee... New low for the Romans...

Well, keep in mind, there was more than just coffee

But they didn't even know that it was there....

Silly Romans, why do you hide supplies in a shop you know people would steal from, I mean, the coffee must be so good! Why don't you hide it in a bookshop, I dont think anyone would be sneaking into that, or am I talking about the dyslexic Greeks?

But seriously, I got caught up and have to say: this is a great story!