The Demigod Chronicles: The Forgotten Camp

Re: The Demigod Chronicles: The Forgotten Camp

Basically, Adrian ran from Camp Half-Blood because the Norse gods were pissed that he was mingling with Greeks. So he sought redemption, and Grace/Greg, the ex-minions of Chaos, switched Damien's and Adrian's spots, so Adrian would be happy.

Damien was originally the camp leader. Greg/Grace tried erasing the memories of both camps (including the Norse gods) so everyone would be happy, but Adrian still remembered some stuff from Camp Half-Blood. Now they both have their memories back.

Right after they realized this, Dahlia revealed herself to be a minion of Chaos and poisoned Orian, giving him limited time to live. Grace (the pink text) told them a cryptic line that could save Orian, and they faded.

I kinda posted this with lacking detail because my parents wanted on the computer. I will fancy it up soon.
_________________
MAXXXXXXX | beeple

Re: The Demigod Chronicles: The Forgotten Camp

Did you hear that? That was the sound of my mind being blown.
I did NOT see that one coming! Good job, allow me to applaud you~

dark red liquid
^ I first read that as 'dark red liquid gold' and was like "THAT DOESN'T MAKE SENSE oh haha." I'm a silly person.

"We're going to need a white flag."
I FOUND YOU ITALY! 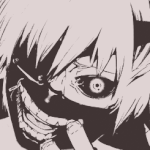