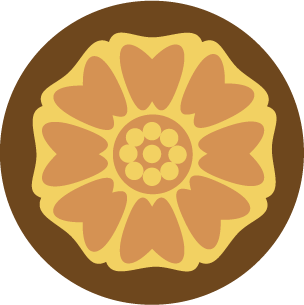 APPLICATION THREAD
On the edge of the icy cliffs of the northern Earth Kingdom, there was an oppressive silence save for the steps of one lone man crunching in the snow. His destination stood out amongst the icy landscape, the circle of evergreen tress surrounded by lit torches a bright spot on an otherwise white canvas. As he neared, the figures of those around the central fire solidified.

There was a woman in a white dress accented in gold, her hair as white as cream but her face untouched by lines or wrinkles. Her expression was stern as she watched the flames, her outstretched hand maintaining the size of the fire.

To the right of her, was a slight, young girl, shorter than the others by nearly two heads. Her expression was girlish and innocent as she fiddled with the buttons on her white vest. She let out a giggle as her cat owl pecked at the ground around her pants.

Then there was the ancient man in a white polar leopard coat and white pants, his height the most impressive in the entire group. His face was calm, serene as drift of snow swirled in his hand, an old habit that seemed to take his mind off of nothing.

Finally, there was the man in white robes, his brown hair long and blowing slightly in the northern wind that ripped through the trees. His face seemed the kindest of all, the face of an idealist amongst realists.

The man approaching fell to his knees as soon as he made it into the grove, dropping a small bundle in front of him. Suddenly the four around the fire turned to face him and the mountain was silent again.

Until the cry of a baby pierced the night air from the wriggling bundle in the snow.

I placed my hands together and bowed to the old man and woman manning the fruit stand in the crowded market.

"Thank you both," I said with my head down before I lifted it and smiled at them, their gapped tooth smiles reflecting my own. The day was hot, almost unbearably so, but the people of the Fire Nation didn't seem to notice. They bustled all around her, children laughing in groups, women gossiping, merchants peddling their wares. If there was one thing consistent in every market I went to, it was the people.

Making my way down the packed dirt roads, either side dominated by white washed clay stone buildings crowned with red tiled roofs, I noticed a slight shift in the air behind me. A lone man, based on his height, in a cloak that billowed slightly in the lazy, hot wind of the afternoon. Turning a corner into an alley, I launched myself up onto a nearby tiled roof, a slight gust behind me to propel me.

Feeling the heat from the tile through my shoes, I watched as the man entered the alley and lowered his hood. He didn't look surprised to find the alley empty, he seemed satisfied if anything. He wasn't young but he wasn't exactly old; his hair gave him the appearance of youth but his face with its lines and wrinkles betrayed him.

"Yongten," He said, his expression fixed on the wall. "I have been trying to find you for days. The mother superior of the Western Air Temple has told me much about you . . . and your journey to the Southern Water Tribe. Please come down so I may explain myself to you."

His tone was warm, kind and his eyes lit up when he spoke. Leaping from the roof, I floated down gently in front of him, my fall supported by a cushion of air.

"I am Guojun," he said, his head bowed slightly.

"It is a pleasure to meet you, Guojun," I said as I bowed back before inching closer to him. As I placed my hand on his arm, he looked up from the dirt to me.

"I would introduce myself, but it seems you already know me." I said with a gentle smile before I pulled an Ash banana from the sack in front of me and split it in half. "You must be hungry, Guojun."

The light waned in the snowy sky as I shuffled into the large hut that served as the drinking house for all of the local deadbeats; myself included it seemed. Sitting down in the far end of the hut on a polar bear pelt, I was brought my usual order by the owner's young wife, her eyes distant, her expression lifeless. Everyone knew her husband wasn't kind, but what did it matter to me.

I didn't look up at her as I drank from the bone bowl before slamming it back down on the table, empty of its contents. She took the bowl and left to refill it, a banshee of a woman acting out of survival.

"Panuk is it?" A woman's voice in front of me asked, her tone light and airy. I didn't bother to look at her until the server brought me a filled bowl. Slurping its contents slow, I looked up at the woman before me, my eyes moving lazily with a bored expression to match.

"Who wants to know?" my tone was bored, slow as she sat on the pelt in front of me. "I didn't say you could sit."

"The chief said you were quite a broody boy, but that you were strong," she said, her tone light, suggesting she was undeterred by my words. I gave her a glance before finishing the bowl and setting it down.

I hook the mask over my nose as I proceed through the streets, my hood still over my head. It’s sweltering hot in the Fire Nation, as always, and my red cloak does nothing to stop the sweating. But I keep it on anyways, because I do not want to inform anyone that the Crown Princess of the Fire Nation walks among them without an escort.

The smell of cinders and smoke is always present in the Fire Nation, to a degree. But it’s even stronger as I pass by a street musician awing his crowd with fire tricks, and somehow, stronger still as I pass a woman in rags offering a merchant meager compensation for a pack of fire flakes.

“Please,” she says. “It’s my daughter’s birthday, and I need to give her something—“

“No money,” the merchant says, “then no deal.” I stop, wondering if I should get involved.

My decision’s easy enough. I take a gold piece from my coin purse — more than enough to buy fire flakes — and place it on the merchant’s stand.

Both the merchant and the woman stare at me. I try to keep the matter simple. “How much does that buy?”

The merchant nearly forgets her tongue. “About— about twenty, miss.”

“Give your customer as many as she needs, then.” I add, “And give her the change.”

I begin to walk away, considering my business done. But instead of getting the fire flakes, the woman chases after me. “Wait!”

“It’s nothing. You don’t owe me anything for this.”

I consider arguing with her, but I suspect it will be pointless. Better to let her make her decision. “Then you don’t have to. But can I at least buy you an extra pack of fire flakes? For your daughter?”

The woman bites her lip. Her face softens at the edges, and she nods, mouth quirking up in a small smile. “I’m sure she’d love that. Thank you.”

I pay for the fire flakes, bid farewell to the woman, and then I’m on my way again, trying to figure out why she so ardently refused me. This is the reason why I come to the city on my own so often — to understand my peoples’ needs. The court advisors at the palace would argue that their statistics better indicate their needs, and I think that’s true, to a point. But statistics do little for empathy — only meeting others face to face does that. If I’m not the rightful heir to the throne, then the only way I could possibly justify my occupation is if I made life better for my subjects. And, of course, the only way to do that is to be empathetic to them. I was born into a life of wealth, so it’s easy to forget about the pain of other, poorer, less fortunate people. I cannot forget that. I have to nurse my compassion.

Before I can walk far from the merchant, an old woman looks up from her cup of tea. She looks up to me with a bright smile from her place on the garden chairs. “I think that’s a kind thing, what you did for the woman back there.”

Being complimented about these things makes me uncomfortable. Why should anyone get praise for being a decent person? But for the sake of politeness, I accept the compliment. “Thank you.”

“You could make a good Fire Lord yet, Princess Mizuki.”

I wish I had kept walking. I wish I could have easily dismissed her observation and told her that she was imagining things. But my first instinct is to freeze, and that gives me away.

Damn it. On my guard now, I turn to face the woman properly. “Who’s asking?”

"So the Mother Superior sent you?" I said as with a tilt of may head before biting into my half of the fruit, the juice trickling down the corner of my mouth. Guojun nodded, holding the fruit in both hands before taking a bite.

"She mentioned your skills and abilities would be useful for our cause. The Order of the White Lotus would be most grateful for you to aid us in our time of need."

"There is much to tell you, but I am afraid time it not on our side. We need to reach the island as soon as we can. I think your friend may be able to help," he said with a gesture up above as Yama floated down from her perch on the mountains over looking the town.