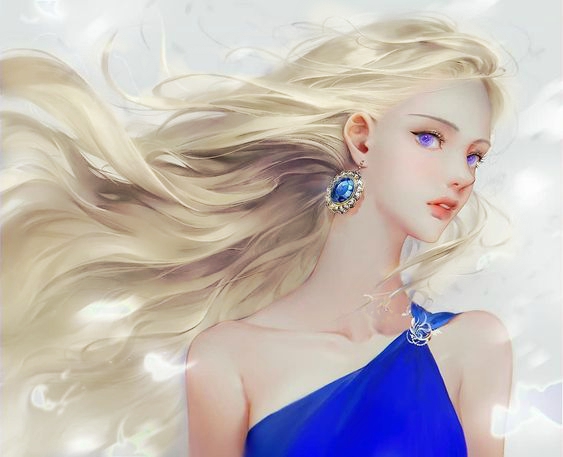 > 5'8
> White-gold hair, violet eyes
Personality: Arianne is the epitome of ladylike grace and royalty. If one’s worth was judged solely on mannerisms and appearance, she would be a priceless jewel. Her outer appearance as well as her actions are crafted to uphold the image that she believes she should embody. As one of two daughters in the Fairwen family, Arianne felt immense responsibility to fulfill her role to the kingdom; she wasn’t always like this, but she felt it especially important in order to allow her younger sister, Odelle, to enjoy more of the freedoms that she hadn’t allowed herself.

Arianne possesses immense charm and social intelligence; she is adept at reading other people and navigating social landscapes with finesse. Behind her picturesque exterior lies someone far more calculated and rational than one would expect - this side of her is only visible when she wants it to be seen, and the same can be said for every facet of herself that is apparent to others.

Biography: Arianne was born as the fourth Fairwen child and the first daughter; when she was young, this meant little to her beyond defining the members of her family and who she was. She lived an immensely carefree childhood, exploring her interests and growing skilled in her magical and academic pursuits. Around this time, when she was around 10, Arianne began a close friendship with a knight; as they grew older, they fell in love, and Arianna was involved in a secret relationship that lasted for around three years.

A major turning point for her took place when her lover wanted to marry; Arianne, though deeply in love, had to come to terms with the duties that came alongside serving in the royal family. Despite how difficult it was for her to do so, she ended the relationship. A few weeks later, her lover died; she only shed tears in private. Even now, she still harbors guilt about the conclusion of their relationship.

As she grew older, though, Arianne fell into her role as princess and came to terms with what it means to be in her position.
Magic: Light-Shadow Magic
Place of Residence: Kingsfell
Other?: