Here is my first girl! I will have one more up tomorrow hopefully.

Here are my characters!

I'll likely be tweaking these forms over the weekend as I'm never satisfied with my work, but for anyone's reference, here are the rest!

Im old fashion, don’t got time for these google docs 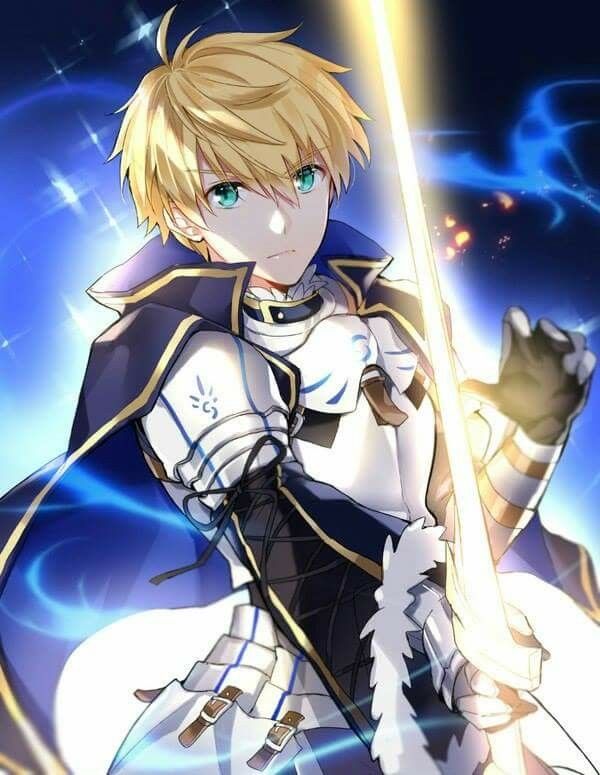 -> He’s 6’1 1/2 (and don’t you forget it).
-> His armor is custom-made with light but durable metals that allow him to use his magic while wearing it. It is also made to come off quite quickly thanks to its unique design, although putting it back on takes much more time. Underneath, he wears a form-fitting white tanktop and royal blue pants.
Personality: TBD
Biography: Growing up, Soren has always felt somewhat inferior to his brothers. There were a few reasons for that, such as that he wasn’t able to use magic as a child even though the royal line was supposed to be blessed with powerful light magic, as well as how everyone always compared him to his eldest brother due to the similarity in their looks, among other things, but he never could pinpoint exactly what it was. To make up for it, he has always striven to do the best in what he could do to try and make his father proud. He took up swordsmanship to make up for his lack of magic, although he knew it would never match up to his siblings. His master, a man known as Xavier Cael, was apparently from another continent far away, and he was amazed by the strength and wisdom he had. After Soren had finished his training on his 18th birthday and it came time for him to choose a sword, any of the swords in the royal armory was his for the choosing, but none seemed right. It was only when Master Cael offered that the young prince wield his own sword that everything changed. As Soren clasped his hands around the hilt of the golden blade, it began to shine brightly in the darkness of the armory, and unlocked something inside of him.

A few weeks after that, feels something tugging inside of him, and as he focused he saw that the sword was once again covered in light. Remembering the basics of his magic training, which had seemed futile all those years ago, he realized that he was able to create light, although different somehow from his eldest brother’s. After restarting his magical training, he discovered that the nature of his magic was of the Stars. He’s been devoting himself to learning how to control his newfound magic in order to catch up to the rest of his siblings, but so far is still just a novice.

Soren had always been intrigued by pirate guilds and the sort of adventuring they do, but as a royal is unable to join. Still, he dreams of being able to explore and learn more about magic so that he’ll be able to protect his family and distinguish himself.
Magic: Heavenly Body Magic
He can currently use two spells:

-> Heavenly Beams: The user releases several fast-moving starlight beams from their hands that attack the target. In addition to their speed, the beams home in and follow their target, making them difficult to escape.
-> Heavenly Blast: The user starts by closing their fist, except for two fingers, and then swipes it backwards. A large sphere of starlight appears and rushes towards the target.

Place of Residence: The Royal Palace
Other?: He also wields a sword that he can cover in starlight. It was passed down to him from his swordfighting master once he passed the final level of training. The sword’s name is Astral. 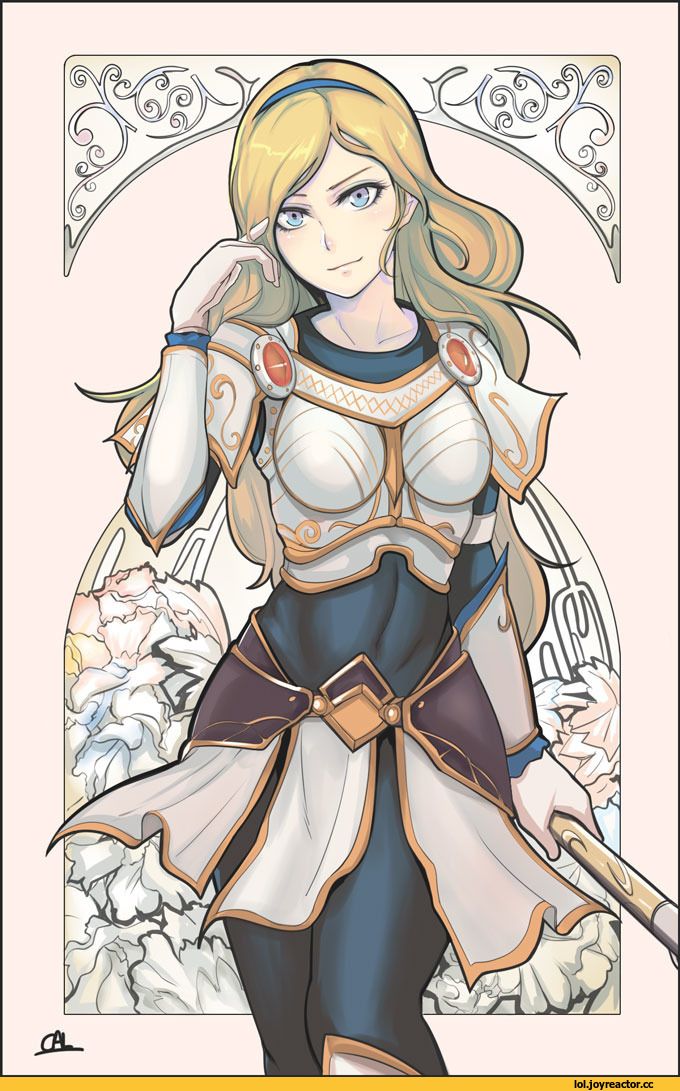 Personality: TBD
Biography: Rumor has it that the ancestor of the Calvis line was the brother of one of the current king’s great-grandfathers. As such, they are nobles with close ties to the royal family. That is, they were until their family was banished from Whitehollow. They were forced to leave for South Folksland, having fallen from grace.

Now a family of fishermen, Selenia has certainly loved life on the sea, but there was always something missing. It was only when her grandmother told her of their family’s lost honor that she realized what it was.  Now she needed to go back to Kingsfell and regain what her family had lost. However, this was more easily said than done. All she had to her name was the clothes on her back and two silver keys, one which had been passed down to her and the other which she had bought using all her savings last year from one of the only magic shops on the island. Her dream seemed entirely out of reach until one day, while she was staring out over the horizon as the sun’s first rays hit the side of her family’s small fishing boat, the key of the gate of the Lion appeared before her, shining golden in the sunlight. It fell gently into her outstretched hands, and at first Selenia thought she was daydreaming. However, when she returned back home and told her grandmother what had happened, she knew that it was her destiny to restore her family’s name.

After quickly packing her meager belongings, she kissed her family goodbye and went to the docks to find a boat headed for Kingsfell. She knew what she had to do; by joining a pirate guild and proving herself in the Game of the Guilds, she would be able to restore what her family had lost. Now, all she needed to do was find the right one.
Magic: Celestial Spirit Magic
Place of Residence: Kingsfell
Other?: Her current gold keys are:
- Leo, the Lion
Her current silver keys are:
- Caelum, the Chisel
- Nikora, the Canis Minor, who she calls Plue 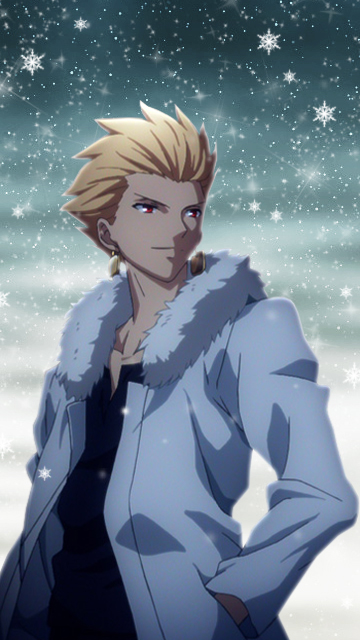 Personality: A bit of a wild child, Reinar was never one for the strict proceedings of the royal court. He knows how to put on appearances for the court, of course, but he much prefers roaming freely than being cooped up in the Palace. As such, Reinar has often explored many areas around the Palace and Kingsfell, traveling a ways on his own, within reason of course. Being as there are so many heirs before him, Reinar was often left to pursue his own desires. Reinar is very adventurous and free spirited, following his heart and his gut as opposed to his head. Reinar also has a desire to be the best he can at whatever he does, which is why he pursues magic so strongly. His studies, grounded more in practical experience than studying in books, drive him to excel as much as he can at his magical abilities. As much as he would hate to admit it, Reinar has a desire to be noticed and appreciated, or at least acknowledged. He secretly hopes that his constant drive to be better will get him this recognition he craves.

Biography: Reinar was born into the Fairwen royal family, living an elegant and simple life as one of the younger siblings in the royal line. He was always a rambunctious and energetic child, running around the Royal Palace and exploring as much as he could whenever he got the chance. The stuffy, dotting, trivial matters associated with royal functions never particularly interested him and, thankfully as one of the younger princes, were never much of a concern to him. With so many heirs before him, Reinar was mostly free to do as he pleased. For Reinar, that involved a pursuit for magic. Using the resources of the royal family, Reinar began to expand his magical abilities, striving to hone his skills as much as possible. It was discovered fairly early that he did not possess the affinity for Light Magic as is typical of the royal bloodline. Instead, his magic manifested as a much more ancient and lost art. This led him out into Kingsfell to find a teacher suitable and compatible with his art. Just as he had given up hope, an old man crossed his path and told him he could provide him the answers he sought after. Sure enough, the man began to teach him all about his magic, known as the Arc of Time. Reinar trained with this man for three years, returning home at around the age of 17.

Reinar spent the majority of his time back in the Palace continuing to hone his magic on his own. Once his parents left for their mission, he attempted to be more involved in the court proceedings and stay up to date on what was happening around the world, but frankly grew bored of it all. He awaits the opportunity to make a difference through action, not politics, and see more of what the world has to offer.

Magic: Arc of Time
Reinar’s magic allows him to manipulate the “time” of inanimate objects. He currently can manipulate the time of objects forward and backwards, though moving targets are more challenging for him. He carries an orb with him as a focus for some of his magic. Reinar knows the following spells:

Place of Residence: Royal Palace
Other?: