Hella!!!!!! I can’t wait to make more memes about Theron. All forms accepted.

Oh no! The Homini have learned religious bigotry!:

Personality: Silas is a stalwart and pious man of the highest caliber. Few can match the religious fervency, bordering fanaticism, that he has for Elodi and the Elysians he serves. It is this fervency that gives him the charisma he needs to preach to the masses, to sway others to the righteous path as his position requires. While he is loyal to those he perceives as worthy of loyalty, he has his fair share of anger, and is more than capable of holding a grudge against those who would stray the Homini from their holy purpose.

Strengths: He's steadfast in his beliefs and well-spoken enough to influence others to his cause, aside from his position of conderable power.

Weaknesses: People who know him long enough will likely start to recognize the insidious underbelly of his personality. And he's getting old. 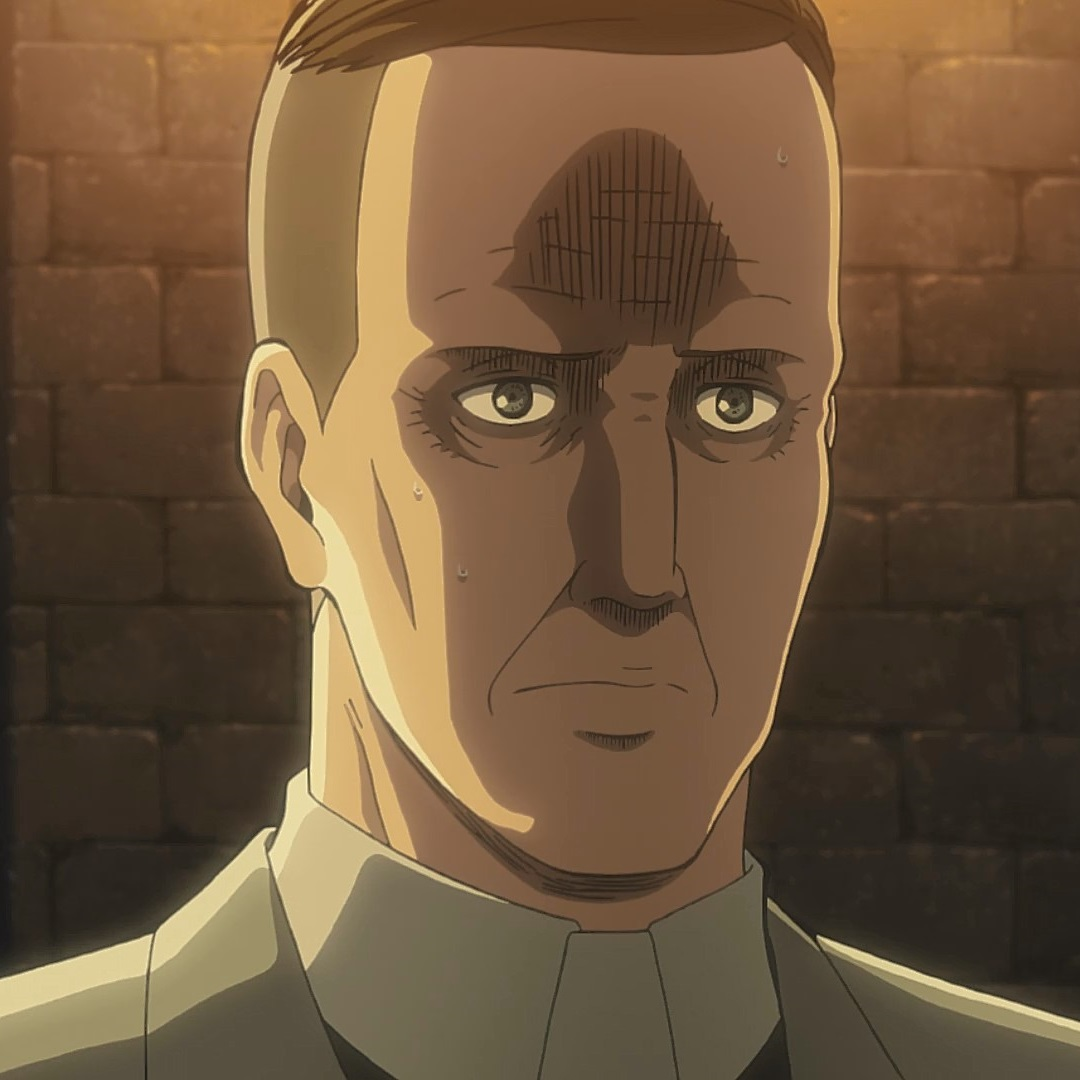 Height is 5'10"
Typically wears formal red robes. For ceremonial purposes, wears a set of ornate red and white robes with gold trim and a ceremonial crown.

Bio: Silas's family lived in a Homini-dominated (but Elysian controlled) village in the outskirts of Zion, until the threat of a Sheolfolk attack prompted his parents to move into the much safer Zion City. Silas was very young when this happened, and was awed by the splendor of the white city. His mother was a scholar, and set her son down a path similar to her own, enrolling him in a school to study the religious texts of Elodi.

It was around this time that Silas began to develop the philosophy that would guide him for the remainder of his life. Having fled to an Elysian city at an impressionable age, he began to see Elysians and their society as a source of safety and comfort. Alone, Homini were vulnerable and defenseless, but Elysians were ancient and wise could protect them. Alone, a Homini's lifespan was short and fruitless, but with the generosity of the Elysians many of them could live forever. What mortal would reject such kind and beneficial rulers? Surely only the selfish and the stupid.

Through the years, Silas advanced in his studies, never becoming a Bonded to any Elysian as most other Homini did but rather pursuing a position as a Homini officiate, eventually graduating to the prestigious position of 'Pontifex'. Assuming this position is among the highest honors a Homini living in Elysian society can achieve, as the Pontifex is the highest authority in manners relating to Elysian-Homini relations. In some ways, he could even be considered an 'honorary Elysian', though he would never be as presumptuous to presume himself an equal to an Elysian. He began to preach to the other Homini, revealing to them how fortunate they were to live under the fair mercy of the Elysians, and what an honor it was to Bond with them. With this power, he began to punish Homini who jeopardized their status by attempting to rise above their station, though he was generally quite subtle about this.

In recent times after the Sundering, he made contact with a former Archangel he had great admiration for, one he assumed to be dead- Imperiel. Keeping her survival a secret, he agreed to assist her however necessary by using his divine authority, so that she may return in her full glory to correct the downfall of their once great society in the wake of Elodi's disappearance.

Notable Relationships:
Imperiel – Silas was drawn to her dark presence when she returned to the world of the living. Now, he is her servant, secretly preparing for her return to power.

His children – Though his partner is now dead, Silas does have several adult children. They've grown impatient with his devotion and moved on with their lives.

I know we all asked for this suffering but it’s been fifteen minutes with Zap for me and I’m already extremely sad. Operation: Make Zap Happy, accepted!

This weapon has been passed down through the Barud line for generations:
Full Name: Maqsud Barud
Age: 31
DOB: February 13, 7190
Gender: Male
Orientation: Bisexual (if Thunderchild were a living being, he would love him/her and no one else)
Race: Homini
Virtue/Vice: None

Personality: Stoic and obedient, Maqsud stays with whoever he is sworn to (even if he does not personally care for them.) He will seek to strengthen his country and his family by any means that stay within his morals (he will not murder, steal, et cetera.) The Barud family heirloom, Thunderchild, a jezail rifle that has been with the family since its beginning, has been entrusted to him and he would sooner perish than allow it to be damaged or taken from him.

Weaknesses: Obsessed with the protection of Thunderchild, looks down upon anyone who is weak (in body or mind), his contempt for the Ferald family tends to blind him from any positives aspects they may possess, grouchy, picky eater.

Appearance:
Here is a picture of Thunderchild:

Maqsud is dark skinned with black hair and a short but thick black beard. He typically wears a plain turban with matching robes and curled toe shoes.

Bio:
The scion of the Barud Family, Maqsud was trained in the use of the ancestral family weapon, Thunderchild, as soon as he was walking. Long ago, the Barud family almost became the leading family of Nebe, but a rival family, the Feralds, managed to take the throne from them by dishonorable means (at least, in the Baruds’ minds.) Maqsud shares his family’s grudge against the Ferald family, though the entire Barud family is still loyal to them as they are the leaders of Nebe.

Once he was of age, Maqsud served for a time in the Nebe army where his skill with Thunderchild allowed him to rapidly climb the ranks. Then Maqsud faced the ‘demotion’ that was the old oath to the Ferald family. This oath entailed that the carrier of Thunderchild would pledge themselves as bodyguard and personal soldier to the Ferald family’s highest members. He will never betray their trust or allow them to come to harm if he can avoid it, but he personally despises them for their past grievances towards the Barud family, as well as their current members’ perceived weaknesses.

The Barud family: Consisting of Maqsud’s father, mother, brother, and sister. He loves them all dearly, though he is ashamed of his brother so readily accepting a proposal from a Ferald woman.
Drusilla Ferald: Of all the Feralds, he has the most respect for her, though that isn’t saying much. She is the primary Ferald that Maqsud is sworn to protect.
Ashura Ferald: He sees him as a weak child trying to act like a man and failing miserably.
Tacitus Ferald: Considering that all that Tacitus does is eats, drinks, sleeps, and follows Drusilla around, Maqsud sees him as weaker than a child. Maqsud utterly despises him.

Weapon of Choice: Thunderchild, the ancestral jezail of the Barud family. He refuses to use any other weapons.

Fun Facts: Maqsud’s character was originally envisioned as an ashigaru-type footsoldier with a tanegashima rifle. With information received from ComradeSquid, he was reworked into Maqsud. 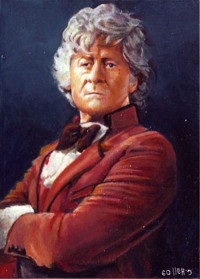 MAQSUD! I was hoping he'd get a proper form after a couple posts of this guy, so glad that it's here! Accepted, of course.

Personality: Robin is a thorough opportunist with an unpleasant streak to her personality, a sneaky and underhanded louse that could be identified as untrustworthy with a single glance. She has no loyalty to anything or anybody other than herself and her coin purse, with little in the way of strong convictions or a moral compass. She would likely be a very dangerous individual were it not for the fact that her fear of significant retribution prevented her from doing anything more harmful than petty stealing.

While she is not averse to attempting to act in a friendly or charming manner for personal gain, she does not possess the charisma levels of even her brother and her mannerisms would likely be seen through easily and reveal her shallow personality.

Strengths: Robin is sneaky and able to avoid detection easily, as well as being crafty and good at fooling people. 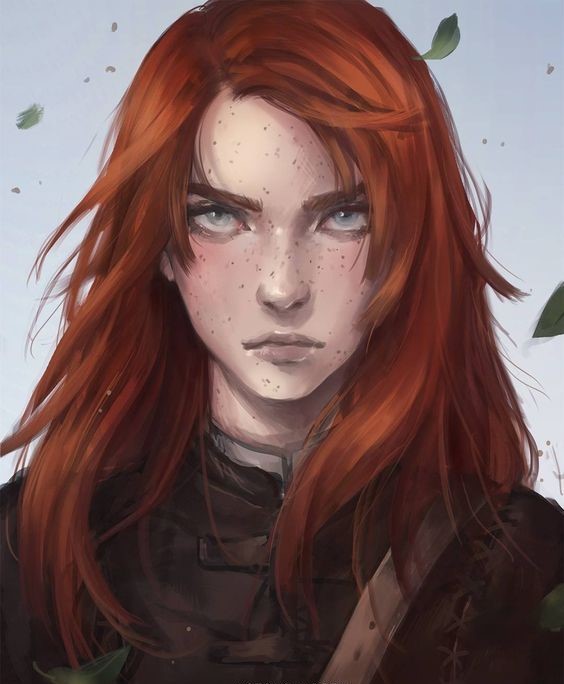 Bio: Robin was born to a prostitute in a Homini settlement in the far north of the continent, over a decade after her half-brother and shortly after said half-brother had left home. Similarly to her brother, she was quickly sent down a path of lawlessness, though she preferred an approach based around pickpocketing and thievery in contrast to Balthasar’s confidence games and deceptions. She bounced from town to town, committing enough minor crimes until she earned notoriety and promptly left town for fear of being caught and thus starting the cycle again. She was not always successful and was occasionally caught, though she was usually regarded as a common street urchin and dealt a non-severe punishment. She, however, believed herself to be not just a thief, but a heroic vagabond righting the wrongs of the Homini world’s class system, despite the fact that she only committed petty crimes for her own personal gain.

After hearing of the disposal of Lord Cato and the following succession of Dux Dorean, Robin relocated to Spieti Hold in the hopes that the ensuing chaos and upheaval of the noble families would give her an opportunity to plunder some wealthier homes. By sheer coincidence, she happened to break into the house of her dear brother, who operated under the pseudonym of Balthasar Mannsworth. After a brief scuffle, the two came to an uneasy alliance, under the promise that she would steal from some of his more nebulous partners…

Allegiance: Herself and her pocketbook.