I took a deep breath, avoiding Lily's gaze as her icy tone chilled my core. I didn't want to disappoint her - I couldn't. This mission had to be successful.

"I'll go first," I said, eyes sweeping over the team. "Once I know it's safe, I'll notify the rest of you to follow me. Best case scenario, we'll get information out of this guy."

I stopped there. I didn't want to think about the worst case scenario. In reality, I knew there was a chance it could all fall apart. But I had to try. I had to prove myself somehow.

I have to find Shaun. 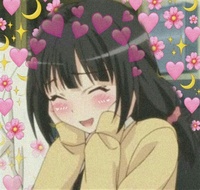 "Yessir," I whisper back, hands moving over my guns to double check if they were loaded. If this went south I didn't want to be caught without them being ready. This mission was important to both Evergreen and Valkov, and I didn't want to fail anyone. 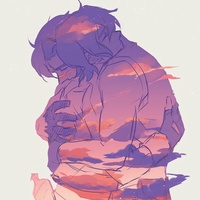 ~Lily~
I let out a sigh and shift my weight to my other side, rolling my eyes at his response. I wasn't satisfied with his plan in the slightest, but there wasn't really much of a choice at this point.

I quickly reach for the pistol strapped to my thigh and quickly check it over, feeling the familiar weight of the weapon in my hand. Everything seemed ready to go; all that was left was to wait for Valkov.
_________________

I don't make myself very apparent around everyone. Usually, I would have, but I decided it was better I stayed quiet and listened instead.
_________________ 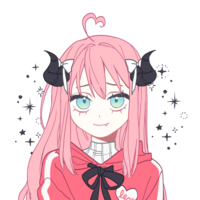 I departed from the group with a nod. My gazed locked upon the distant bunker shielded by the grass, and I began to take cautious strides once it drew closer.

In no time, I reached the door. I extended my pointer finger and tapped gently on the metal with my knuckle, listening to the hollow echo that mirrored the feeling in my stomach.

"кто там? [Who is there?]" A man's voice filtered out of a speaker. Then came the precautionary clicking of a gun.

I readied my own just in case.

[My name is Volkov. I am here from Evergreen. We agreed upon discussion Shaun Smirnov's whereabouts.]

There came silence. Then, the beep of a button. The door slowly opened, revealing a poorly nourished middle-aged man staring me down with haunted hazel eyes.

I drew back, not taking my hand off of my gun. I studied him for a while before answering: "Neither am I. Do you speak English?"

Stephen nodded. "You're dealing with an American. I didn't serve the SRSIA by choice, if you recall," he answered, his tone gruff and faintly pained.

"Do you have the boy with you?"

He blinked at me, watching my expression as if I were joking. Once my confusion persisted, he sighed. "Levi Durov," he answered. "The one I contacted. Is he here?"

"Why is he involved in this?" I pressed back. "He's a student. I don't want to involve him in high stake affairs."

The way he said that sent chills down my arms. In the back of my head, I knew he was right. But nothing would stop me from protecting him, or protecting any of them for that matter; I had to.

"I won't betray any information about him. Not until I'm sure you can be trusted."

I could see his face visibly strain. Still, he maintained a cordial tone when he said: "Alright. Let us discuss, then."

Once Valkov broke off, I approached the group of frontliners. I specifically gravitated towards Des, placing a comforting hand on her back. "You good?" I asked vaguely, sort of addressing the group as a whole.

"Never better man," I whisper back distractedly, not really paying attention to who he was actually asking. I take another peek around the corner, careful not to let my bright hair fall show much, and watch as Valkov reaches the door of the bunker. I pull back as the door opens, only catching a brief look at the other man and lean back against the wall.

I stand over Ash’s body, keeping a watch out for anyone that might try to come after us. Then, after a few minutes, I see a black spec roaming across the sky, and as it gets conspicuously larger and larger, it looks more and more like a SRSIA helicopter.

I breathe out through my nose, deflating. It’s finally over.

I freeze at the anguished sound of Elena Everhart’s voice. Then I dismiss it. There’s no way my adoptive parents could be here. It’s just some figment of my imagination.

But Ash would have called for backup, wouldn’t she? With no small amount of dread, I turn around . . . and find Jared and Elena Everhart, my adoptive parents, standing close.

I forget how to breathe. Jared stands still, his hand defensively placed on the gun at his holster, glaring at me from thirty feet away. Elena, on the other hand, makes an effort to at least cross some distance, her face pinched with . . . pain? Vivian said they didn’t care about me. They’re supposed to not care about me.

I stare at her. That’s a question someone hasn’t asked me in a long time . . .

No! I correct myself. They’re not here for me. They’re here to collect Ash from me. I’m not going to make the mistake of thinking they care, not again.

The giggle that comes out of my mouth is too high, even for my own comfort. I thought I was done with feeling emotional. I thought I was too drained for anything else, after my fight with Ash. Apparently I still have some anger left in me. “Seriously? Out of all the people to send to me, they send the ones who lied to me my whole life?”

“The ESO hoped we might be able to reach out to you,” Elena says, and the honesty catches me so off-guard that I don’t know what to say. “Mal, please drop your weapon. Hand Asheart over to us. And just . . . come with us, okay? Julian misses you. We miss you. There’ll be no more lies this time, I promise.”

It’s a trick, I can practically hear Vivian say. “Really?” I say. “You’re a special kind of stupid if you think I’m going to fall for this!”

Elena has the audacity to look hurt. Or is she actually hurt? I can’t even tell anymore. I can’t tell anything anymore. “It isn’t a trick!”

“Stop and think about it, Mallory.” My dad — no, Jared — raises his gruff voice for the first time. “Why do you think we took you from SRSIA in the first place?”

The helicopter is getting closer, near enough to roar in my ears. I can barely hear my own raised voice. “I already know! You did it to take an agent away from SRSIA and give one to the ESO—“

“Is that what General Calder told you?” Jared says. “Because that’s as far from the truth as you can get! We took you because we knew you’d be unhappy growing up with SRSIA.” He looks from my bruised face to my worn black shoes, and then back up again. “You’re with SRSIA now. Are you happy?”

The helicopter couldn’t have come at a better moment. I can practically feel it land behind me, the wind causing my hair to lash at the front of my face. I haul Ash up, handing her off to one of the men in the helicopter before climbing aboard myself.

~Lily~
I tap my index finger against my arm repeatedly as Levi approaches, only half listening to the conversation at hand. "As well as one could be given the situation, I suppose," I reply offhandedly. No matter how hard I tried to push it down, all I could see was the shattered mirror lying at my feet and the feelings that arose with the image threatened to overwhelm me.

I let out a low sigh, shaking my head and rubbing my arms a couple times. I couldn't let my past shit impact me right now, not when there was so much at stake. I had a job to do and I was damn good at it. Pity and self-loathing could wait until later; it was time to get my head in the game.
_________________

The hand on my back eases my nerves for a moment, listening as some of the others chime in on how they feel. We're all a little nervous; why wouldn't we be?

"I'm alright," I speak softly. So much was racing through my mind, too much to actually make out what exactly was bothering me so much. Either way, it didn't matter too much anyways.
_________________