Breath of the Wild [APP THREAD] 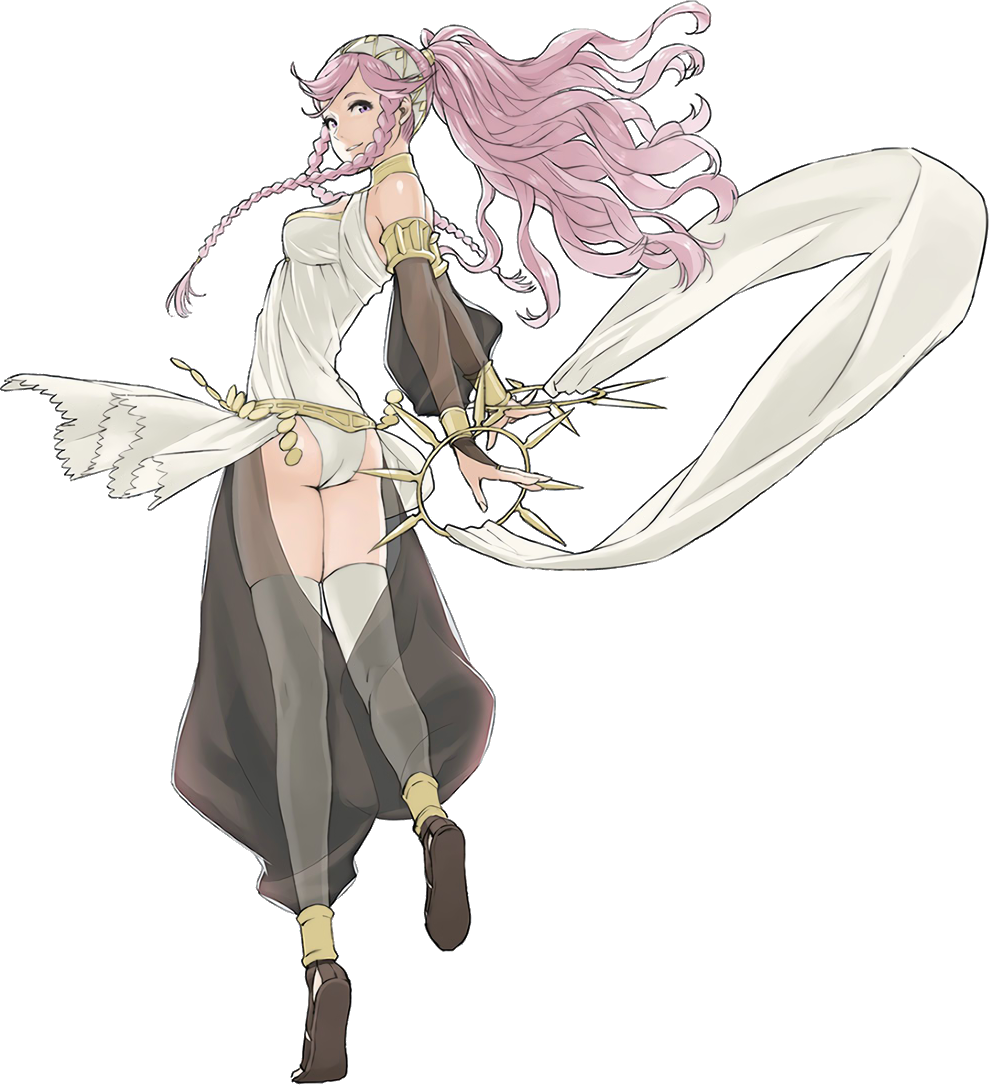 Personality: Rita is outspoken and bold, clever and daring. She always wears her heart on her sleeve, for better or worse, and possesses a sharp tongue and a volatile temper, which usually manifests when she’s nervous or afraid. And though she doesn’t want to admit it, she’s nervous and afraid more often than she’d like to admit.

Biography: Rita was born to a high-ranking family in the capital of Hyrule. They were not the Royal Family, but they were still of a high ranking regardless. Because of both her status and her beauty, several noblemen sought her as a wife, most notably the vile Lord Jacques. He came to an agreement with her parents, and she was set to marry him. But Jacques was (for the lack of a better term as it is 1 in the morning) trash. It wasn’t until after Rita escaped from a sexual assault that she managed to convince her parents to call off the marriage entirely.

That wasn’t enough to deter Jacques. When he saw he couldn’t have her legally, he sent his men to abduct her. Rita was held in captivity, terrified for her life before Calamity Ganon struck. The attack caused enough of a catastrophe that she was able to get away from her abductors easily, and while she was grateful for the chance to get away, she had no idea what was in store for her next.

Place of residence/birth: Castle Town, which is now gone

Fighting skills: Rita isn’t the best warrior, but she isn’t the worst, either. She’ll probably be fine when she figures out to incorporate her gymnastics-esque skills into her fighting style.

Weaknesses: Minimal strength, lack of refined fighting technique. Quick to anger, afraid (particularly of men), sheltered due to a noble upbringing, and her beauty, which doubles as both a strength and a weakness due to how many problems it’s caused her in the past, with Lord Jacques.

Other?:
-Face Claim is Olivia from Fire Emblem: Awakening. I may have ripped off the ‘attempted kidnapping of a noblewoman’ part of Olivia’s backstory for Rita’s biography.
_________________ 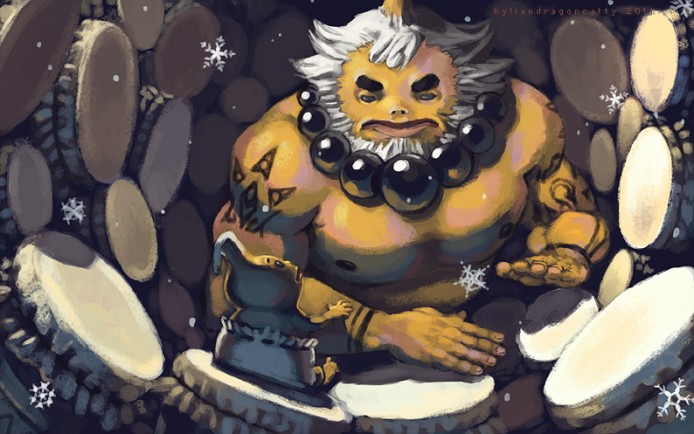 Personality: For a Goron, Mozin is pretty quiet. He’ll laugh and joke with others when necessary but for the most part he keeps to himself. When he isn’t in the mines he’s at home, tinkering on instruments and weapons or whatever has caught his interest at the time. He has very few friends, and even less family, but he is fiercely loyal to the people he loves. He also understands that in his position he must give everything to protecting this land.

Biography: Mozin’s life was very normal for a long time. He lived with his parents for the first sixteen years of his life, learning to work in the mines and create the instruments his father was so fond of. Their life was filled with music and happiness and love until an accident in the mines. On one mining expedition the mines collapsed, trapping and killing Mozin’s parents along with multiple other Gorons. Mozin was so upset he locked himself away and threw himself into his father’s work, finishing instruments and learning to play them on himself. Over the years he finally came back to himself, leaving the house more and more to go work in the mines. Then the mountain became even more unruly. This was one of the signs that evil was taking over Hyrule once more and the search for Champions was on. Mozin was contacted once his strength was made known and he accepted immediately, not thinking he had anything to lose but knowing he could help Hyrule. Very soon after he found Kozak. The eruptions from the mountains continued and with his new strength he was able to help everyone by clearing rubble and bringing whoever he could out of the wreckage of buildings. He felt like he could just give his all, not caring about his well being much since he had no one left for him. There was one house that he cleared where both of the adults were dead and he thought he just had to move the wreckage. In the middle of the mess, however, he found a baby Goron. He took the child in and raised him, finally finding someone he cares about. This makes the risk of being a champion more daunting but he vows to keep his adopted son safe no matter what the cost.

Fighting skills: He has strength and lots of it. There’s very little agility and grace in his movements but he makes up for it in determination and power.

Strengths: His powers, his loyalty, the abilities taught to him in the short time with his parents (instrument making, mining, etc)

Weaknesses: He would do anything to keep his son safe, lack of social skills, hasn’t left Goron City

Other?:
-His instruments don't have any magical qualities since he and his father made them but they can be very soothing to hear.
-Kozak is now 10 and has been learning the trades his dad knows. The two are incredibly close. 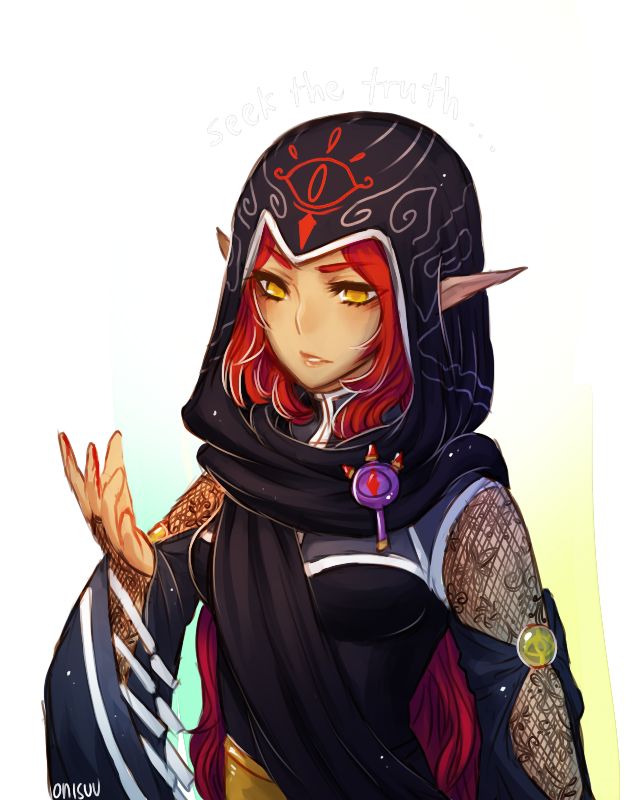 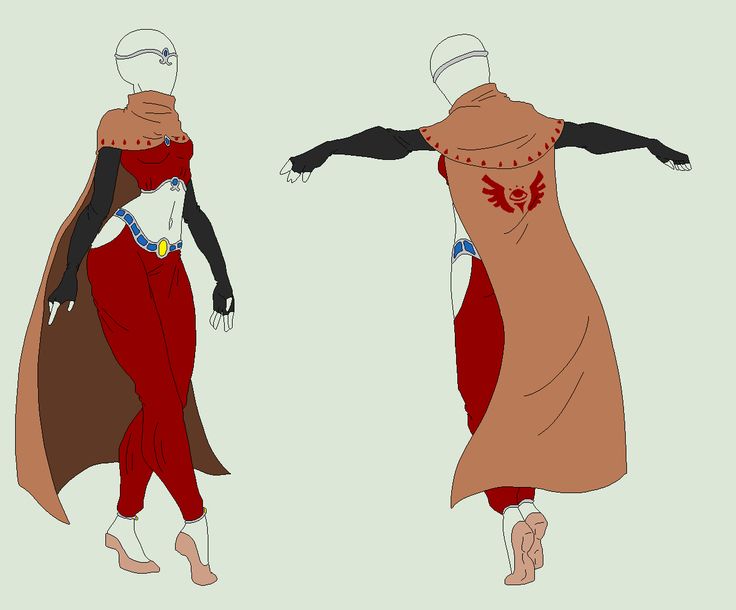 > She stands at a height of 5’6, which is considerably short for Gerudo women.
> She normally wears the outfit in the second picture, straying away from her Champion clothes out of shame.
> Her hair is extremely long, usually tied up into a high ponytail and decorated with topaz.

Personality: Rune is an extremely sassy & high energy person, which makes her great at socialization; that is, until she becomes annoyed, in which case she’s an utter bitch. She’s also an incredible leader, due to her demanding personality & extremely strong will. Because of this though, she is very stubborn, arrogant, and impatient with others. “Well-behaved” is not in Rune’s vocabulary, nor is she ever interested in coming off as such. She is very independent in all she does & hates when people try to tell her what to do. She’s all about defying gender expectations on girls & will never be seen falling into a “ladylike” pattern of behavior. If you’re on her good side (which takes a great deal of luck), she is loyal to you for life.

Biography: Rune was only 11 years old when Princess Zelda sought her out as the Gerudo Champion. At the time, she was an indentured servant to an old merchant Gerudo woman, who treated her poorly due to the reputation of her late mother, who was a very controversial figure as far as Gerudo women go. Rune lived in a very controlled environment and was forced to work long and hard days; though, despite her exhaustion, she was always resiliently training at night. She had a natural affinity with controlling lightning, and her main goal at the time was to improve as much as she could in order to protect her land. When the actual battle with Calamity Ganon actually hit, however, all of the Champions were met with utter failure, and thus filled Rune with rage -- mainly towards the Hyrule Warriors they were told to protect.

Fighting skills: Like most Gerudo, Rune has a natural strength & agility. She’s very light on her feet, but she is able to deliver powerful blows to her enemies. One of the skills she’s nearly mastered is her control of lightning, where a snap of her fingers can cause mildly powerful lightning bolts to strike her enemies. Unfortunately, this power drains her physical energy quickly.

Strengths: Because of her strong personality, Rune is an excellent natural leader. She’s also extremely resilient, tough, and quick-minded, which makes her a great fighter.

Weaknesses: Her ultimate downfall is her people skills. She’s very charismatic and charming, but holding friendships is very difficult for her. It’s mainly because she struggles with a rather strong superiority complex (to hide her massive insecurities) & gets very impatient with others. She also deals with emotions very poorly.