Realizing it was time to decide, Constance set the paper on her notebook as support, and careful snuck one more glance at the volunteers.

She didn't intimately know the listed, but she knew a few things. Electra, for example, be she five years younger than herself, was still a responsible camper, serving as interpreter and best friend to her brother. Constance knew the worry and sense of responsibility that came with being an elder sibling, and having heard the other demigoddess even suggest backing out, Constance decided that Electra should stay at camp with her brother.

Alyssa, however, looked as if she wanted to prove herself. Constance wrote down her name, wanting to give her a chance to do so. Not too far from Alyssa sat Roland, who had been very quiet. Roland was relatively level-headed, so Constance put his name down, folded the paper, and offered it to Matt. 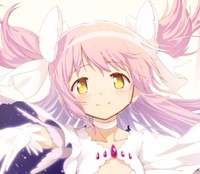 I took the piece of paper and wrote my own name down on it. I didn't know if I was actually supposed to vote for myself but I volunteered for gods sake, I wasn't going to look like I was trying to back out. I also jotted down Electra's name. She seemed willing to go and she was one of the people that was expected to so there had to be a reason. I folded the paper in half and held it up for Matt to take.

Holding the piece of paper I thought about all the things that were being said. Compatibility, individual strengths, and experience were important for this. In the end I wrote down Damien and Alyssa's names. They were the oldest listed campers as well as the most years at camp. They had been trained for this long they had to be good for this mission. Once I wrote them down I folded the paper and waited for Matt to come around for it.

~Matt~
I think my options over once more before nodding my head in affirmation at my choices. I had selected Damien and Roland. Of the campers listed, I felt that would be the most logical combination. Alyssa would not do well at night and Electra clearly was having second thoughts. Of the remaining three, Damien and Roland had the most experience and potential to succeed, in my opinion. I then start to telepathically call forth the responses from the others who had finished.

~Victoria~
I had settled on Alyssa and Damien. Being newer to camp and not knowing many people, it seemed that they held the most experience which should account for something, right?

~Zeke~
The names of Avner and Alyssa on my paper drift away and land in Matt's hand. I wasn't really sure why I chose them; I just knew I didn't want to pick Electra. If she was having second thoughts then she it was only fair that she wasn't chosen. I was steadfast in my belief that only willing campers should be sent on this mission. Anyway, she had a lot of shit to deal with here at camp. Better for her to stay here.
_________________

I pen Damien’s name down on the paper. As for the second, I tap my pen against my chin, the beats slowing until I stop the rhythm entirely.

I told everyone I had to watch over Temple. I was the only one who could speak for him, after all. But I look over my shoulder, through the window and out into the rolling fields outside of Camp.

I haven’t been outside Camp in seven years. And while I made it clear to everyone that I care about Temple, what I didn’t tell anyone is that I want to be out of here for once. I thirst to prove myself and ache to make myself stand out. I want to go down as a hero.

Maybe that’s selfish of me. No, it is selfish of me to want to go out there even while Temple is here. But Chiron predicted the best shot at completing the mission would be with me there, right? So maybe I’m doing others a favor.

This is my one shot to go outside Camp, and I may have very well thrown it away when I talked about Temple. If there’s any chance, any chance at all I can salvage this . . .

My name was the first to be listed down. I didn't know why I wanted to go entirely. It wasn't for the cause, that was for sure, but I didn't want anyone else getting hurt when I knew I could handle myself.

Jacob is going to be pissed at you, ignoring him like that. But that part of me doesn't care, I'm frustrated with our entire relationship at this point. Years I went without him, wishing he had come back to me until I had already moved on and he suddenly came back. It was super unfair. I had to work that out on my own though, especially since it was hurting Jayce.

Jayce. . . Shit he's going to be upset with me too. I had no idea how he was going to react to me if I went on this mission. Let alone knew I offered to go and risk my life. Being a camper such as myself at my age, well, there was a better chance of dying. And if times were really different now and more dangerous. . .

Oh well, if anything, it was punishment for my stupidity. I would learn the hard way and come back--

I scribble down Roland's name, having not paid attention to anything that had happened besides who we were voting for.
_________________

I mulled over the list of candidates for the quest. Part of it felt... I dunno, dirty in a way. Like we were offering them as some sort of tribute, a sacrifice. I didn't know exactly how bad the outside world was, now, but the gravitas of this meeting put an uncomfortable pressure on me as I scribbled down Damien's name, as well as Alyssa's. I knew she was one of the elder campers, and was no doubt itching to get away for a while. The two of them, I believed, would be able to complement each other's strengths and weaknesses.

I wrote my two decisions down first, folding up the piece of paper and watching as it floated away. The choices I made were tough - well, only one was, really - but I felt like I made the correct and necessary ones. Hopefully the others did the same.
_________________
MAXXXXXXX | beeple